This Week in the Great Lakes Hockey League

As we prepare to leave 2020 in the rear-view mirror (amen) Northeast Ohio has been drawing the top high school teams from all around the state. The Father Welsh Showcase is going on at Winterhurst this week and Gilmour Academy will host the Brother James Memorial Tournament this weekend.

The fields for both events are stacked with top teams from not just the Great Lakes Hockey League but other leagues in the Cleveland, Columbus and Toledo areas. Toledo St. Francis (#2 in the state), Upper Arlington (#8) and Toledo St. John’s will make the trek to Gates Mills for the tournament at the Gilmour Ice Arena.

The Great Lakes Hockey League is well-represented in the weekly Ohio High School Hockey Poll. For the second week in a row, St. Edward is the unanimous #1 team in the state. The Eagles are currently competing in the Father Welsh Tournament along with University School. They were handed their first loss of the season by New Trier (IL) on Tuesday by a score of 2-1.

Gilmour Academy has not been on the ice for almost three weeks but was not far back at #4 and, despite a 2-5-0 record and two stints in quarantine, University School remains in the Top 10.

Shaker Heights will see its first GLHL action of the season when it visits Gilmour Academy on Wednesday afternoon. 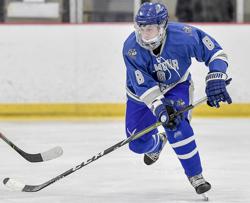 GILMOUR ACADEMY – When Gilmour Academy hosts Shaker Heights on Wednesday afternoon it will be their first action in 19 days. Their most recent game was a 6-0 loss to St. Edward on December 11. The Lancers’ annual trip to the Cornfield Invitational in Indiana was canceled and head coach John Malloy was unable to fill in open dates locally…Gilmour’s #4 ranking in the state will be put to the test this weekend as they host the Brother James Memorial Tournament and face some stiff competition (Toledo St. John’s, #10 University School, #8 Upper Arlington and #2 Toledo St. Francis)…Senior defenseman Nick Kolar is second on the team with four points (1-3-4) in six games played.

HOLY NAME – Holy Name returns to action on Saturday, hosting Walsh Jesuit in an 8:30 p.m. non-league game at Ries Rink. The Namers did not play over the week of Christmas  and have not played since December 20 when they dropped an 8-4 game to Sylvania Northview at OBM Arena in Strongsville. The Green Wave has not played a game on their home ice since a 4-3 win over Benedictine on December 11. That was its only win over the last five games (1-4-0)…The Namers play Walsh in a home-and-home this weekend and follow the same format with Padua Franciscan January 8-9.

PADUA FRANCISCAN – The Padua Bruins put together a five-game stretch with just one loss (2-1-2) between December 4 and 26…The Bruins fell short by a count of 5-2 to a strong Rocky River team on December 28. The schedule doesn’t get any easier for Padua this week as they host #1 St. Edward on Saturday night…Andrew Lampa has multiple points in three of his last four games and is tied for the team lead with six points (1-5-6) on the season.

SHAKER HEIGHTS – With only two games in the books this season, Shaker Heights continues their 50th anniversary season with their first league game of the campaign Wednesday afternoon at Gilmour Academy. They play a non-league games against Rocky River on Sunday before returning to league play January 9-10 with home games against St. Edward and Padua.

ST. EDWARD – The St. Edward Eagles, ranked the #1 team in Ohio by both the coaches poll and www.myhockeyrankings.com, suffered their first loss of the 2020-21 season at the hands of New Trier (IL) at the Father Welsh Showcase on Tuesday afternoon…The Eagles opened the event with a 3-1 win over University School. Three different players scored goals and junior Jackson Miller made 16 saves, giving senior Evan Wrightsman and junior Ethan Payne the day off. “In the era of Covid-19, I need all three goaltenders to be prepared,” head coach Tim Sullivan told sehseagleshockey.com. “We have a good goalie group. Those guys know that. I talk about keeping a rotation so that we are ready to go come playoff time.”

UNIVERSITY SCHOOL – The Father Welsh Showcase at Winterhurst gave University School an opportunity to get back into game action. They did not have an opportunity to slowly stick their toes back in the water, however. Coming off their second 14-day quarantine of the season, the Preppers jumped right into the deep end, playing #1 St. Edward, #2 Toledo St. Francis and New Trier (IL). A trip to Pennsylvania for this weekend was called off due to COVID restrictions in the Keystone State, but US secured a spot at Gilmour’s Brother James Memorial Tournament and will play four more games against elite competition over three days…Senior forward Nick Flowers scored both of the Preppers’ goals in a 5-2 loss to St. Francis on Tuesday and has now lit the lamp in four of the last five games for US.

WALSH JESUIT – Despite their recent hot streak (4-0-1), Walsh Jesuit did not receive any votes in this week’s coaches poll. www.myhockeyrankings.com has the Warriors ranked #17…Junior forward Joshua Weiner picked up a pair of assists in the 4-2 win over St. Charles on December 26, giving him points in six of the last seven games and nine points (6-3-9) in that span…Sophomore goaltender Brodie Lerch has not lost a game yet this season (3-0-2) with a 2.60 goals-against average and .893 save percentage. 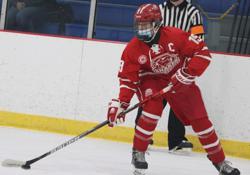 Lencewicz scored a pair of goals to give the Red Raiders a 3-1 lead over Walsh Jesuit on December 18. The Warriors came back to force a tie, but it was a good start to the season for Lencewicz and a Shaker team that had been kept on the sidelines up until that point.

"Tyler is a hardworking athlete, with a lot of talent and offensive creativity," said Shaker head coach Matt Bartley.  "He has become one of the leaders of our team and a very valuable member of our program. 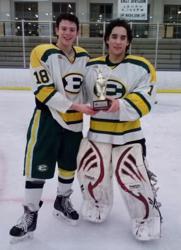 Father Welsh Showcase host Saint Ignatius honored the late Jacob Butze prior to each game of the event this week.

Butze, a 2018 St. Edward graduate, played hockey and ran track and cross-country. He passed away Sunday morning from lymphoblastic leukemia.

The following statement was read over the PA prior to each game:

“Yesterday, we lost one of our own. When we lose a member of our hockey family, we all bear the pain of the loss. Jacob Butze, St. Edward class of 2018, lost his valiant battle with Leukemia December 27. Jacob was known by many, and loved by all.”

“Each game of the Father Welsh Showcase will be played in remembrance and honor of Jacob, who taught us all, win or lose, you can find a way to grow in Christ.

Those in attendance were then asked to stand and observe a moment of silence. 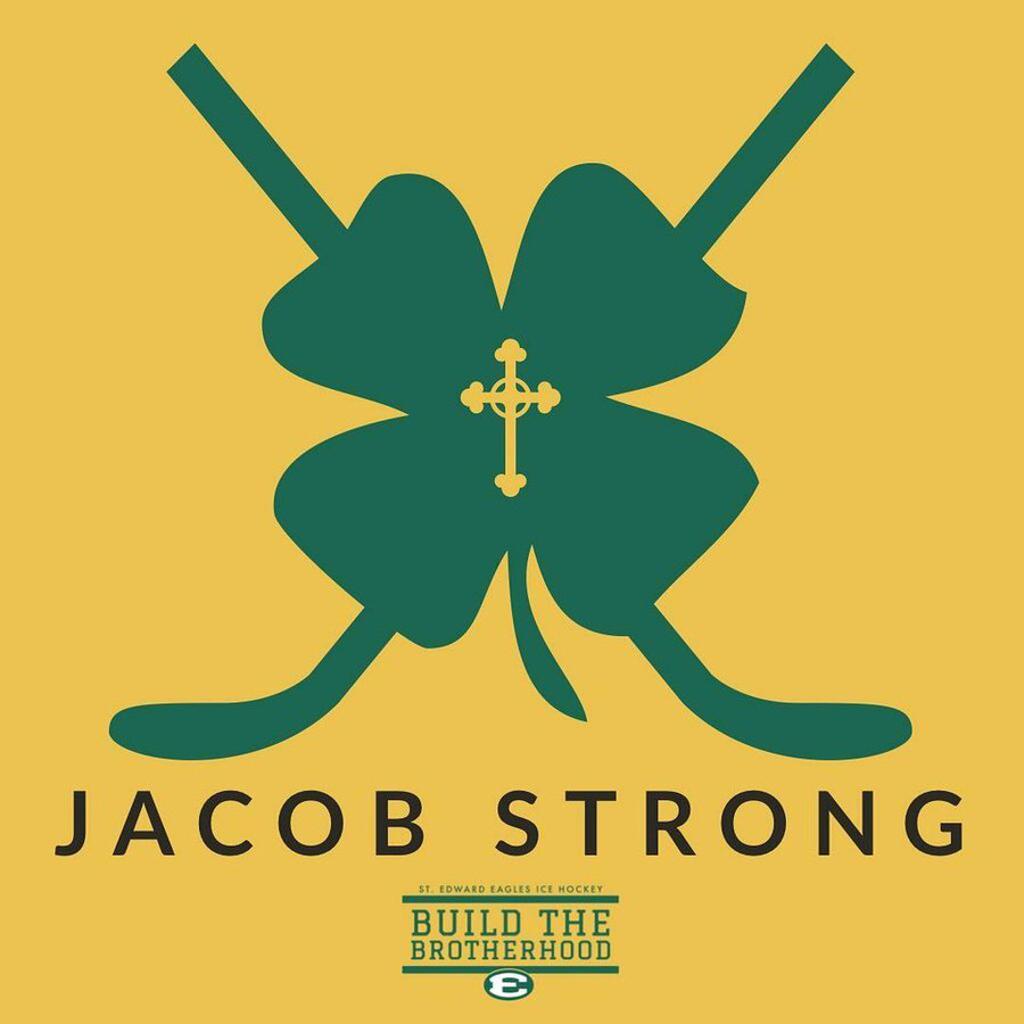