Seven different players scored and Ian Anderson posted the shutout as Gilmour rolled to an 8-0 win over Holy Name. The Lancers move on to face #2 seed University School the the 8:40pm semifinal. Gilmour and US played last week in their final regular season game with second place and a first-round bye on the line.

In the other quarterfinal game, Seth Kaiser scored with 4:09 remaining in the third period to get Padua Franciscan within a goal, but Walsh Jesuit's Aiden Cook responded with an insurance goal just :33 later to propel the Warriors into the semis.

The Warriors will go up against #1 seed St. Edward at 5:00pm Friday.

Unfortunately, not all seven of the league members will be able to compete. Shaker Heights is in quarantine for the fourth time this season and was unable to play their final three league games or compete this week.  The GLHL adjusted the tournament schedule for a six-team field and used winning percentage to seed teams for the Cleveland Cup instead of points.

St. Edward's regular season title was the first in the GLHL for the school, which is still searching for its first Cleveland Cup championship. Gilmour Academy won the tournament in 2020 with a 3-1 win over the Eagles in the championship game to win their second title in three years.

University School is also looking for their first win at the event despite playing in the championship game five times.

Make sure you check out next week's podcast as Ohio Hockey Digest wraps up all of the league tournaments across the state and looks forward to the upcoming district tournaments! 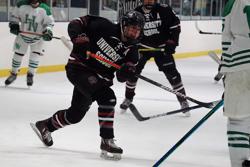 GILMOUR ACADEMY – Their bid for a third straight regular season title came up short, and they ended up in third place without a first-round bye, but Gilmour Academy is very much a threat to defend their Cleveland Cup title. The Lancers have defeated each of the top two seeds during the regular season and enter the post-season as the #3 ranked team in the state…The loss to US was the only setback in the last eight games for Gilmour, which defeated Mentor in a non-league game on Sunday…GA’s Zach Mangel received GLHL Scholar-Athlete recognition...The Lancers will open district play against Mayfield of the GCHSHL Blue Division on Saturday, February 20 at 2:00 p.m.

HOLY NAME – The task facing Holy Name in Wednesday’s quarterfinal against Gilmour Academy might have seemed more daunting had the Green Wave not put a scare into the Lancers just 10 days ago. It took a spectacular goaltending effort from Brendan Greller, who made 49 saves, but the Namers stayed in the game until Gilmour put it away with an empty-net goal in the final minute. That has to give Holy Name some degree of confidence going into Wednesday’s tilt. It’s not the only time Greller or crease-mate Mathias Sizov have turned in a stellar performance between the pipes and that makes the Namers a dangerous #6 seed…Nolan Patton represented Holy Name as a GLHL Scholar Athlete...The Green Wave move on to the district tournament where they will go up against Strongsville of the GCHSHL Red Division on Wednesday, February 17 at 6:00 p.m.

PADUA FRANCISCAN – It may have been a regular season game, and a non-league game at that, but Padua Franciscan and Walsh Jesuit played a 1-0 dandy he las time they met on January 23. The only goal of the game came with :01 left in regulation. The goaltending duel in that game was between Padua’s Aiden Knox and Zach Fiment of Walsh. It remains to be seen if we will see a goaltending re-match in Wednesday’s quarterfinal, but Knox, who has made 403 saves in 13 games this season, is a good bet to be between the pipes for the Bruins…Britton Helman was Padua’s Scholar-Athlete for 2020-21...The district draw places Padua up against GCHSHL White Division opponent Parma at noon on Sunday, February 21.

SHAKER HEIGHTS – Frustration and disappointment abounds at Shaker Heights where the Red Raiders are in quarantine for the fourth time this season. Head coach Matt Bartley is looking on the bright side, however, and says if this latest shutdown had happened a few days later it would have kept the Raiders out of districts. “It’s unfortunate and I feel bad for our seniors,” said Bartley. “But it looks promising right now that we’ll be back for the state tournament.”…The Red Raiders will be allowed to return to practice on Tuesday…Shaker did not get to compete for the league’s big team prize this week, but did receive some individual honors as Jeff Sauerland was named to the GLHL All-League Team while Eric LaMonica garnered scholar-athlete honors...The Red Raiders will face Brush in their opening game of the district tournament at 8:00 p.m. on Friday, February 19.

ST. EDWARD – St. Edward secured their first GLHL regular season title, then followed up that team accomplishment as Noah Schultz, Sean Kolenich and Tyler Fowles were named to the All-League team and head coach Tim Sullivan took home Coach of the Year. Fowles was named the league’s Most Valuable Player…St. Edward now goes after the Cleveland Cup – something that has eluded the program up to this point…Sullivan won the league’s Coach of the Year honors twice before while at Holy Name...The Eagles will take on the winner of Bay-Elyria Catholic in their first game of the district tournament on Thursday, February 18.

UNIVERSITY SCHOOL – Senior forward John Pape was a force for the Preppers all season long, leading the team in goals (14) and points (26) and was rewarded with inclusion on the GLHL’s All-League team along with junior goaltender Jeffrey Fillion. Pape’s classmate, defenseman Shane Cronin, was named a GLHL Scholar-Athlete. Cronin set up Pape for the game-winning goal and Fillion posted a 19-save shutout in Friday’s critical 2-0 win over Gilmour Academy that propelled US to a second-place finish, earning them a first-round bye and two extra days of rest...University will await the winner of Chagrin Falls-Orange in the district tournament. The Preppers won't play until Sunday, February 21.

WALSH JESUIT – Wednesday’s early quarterfinal game between Walsh and Padua is shaping up to be a competitive match-up. The Warriors defeated the Bruins all three times the two teams met this season, but those wins came by scores of 5-3, 5-4 and 1-0…Head coach Peter Calleri kept his charges busy this season. Only University School (24) played more games than Walsh’s 23 which included non-league games against Rocky River and Medina last weekend. Not bad for a team that saw their home rink close before the season started…In addition to his solid performance on the ice with seven goals and 13 assists, Hunter Nalepka also performed in the classroom, earning league Scholar-Athlete honors...Walsh will have a long layoff before resuming post-season play in the district tournament. The Warriors will play the winner of a first-round game between Cleveland Heights and Kenston on Monday, February 22. 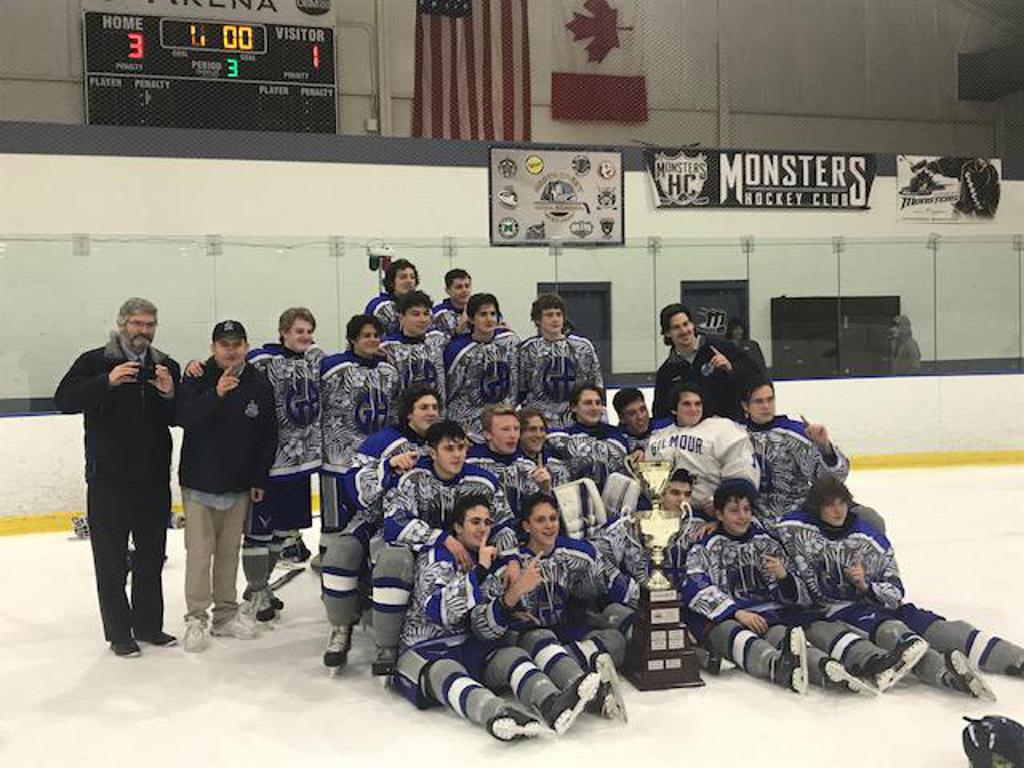