“Congratulations to Shaker Heights,” said Ohio Hockey Digest founder Scott Harrington.  “The Red Raiders sport a classic throwback sweater design and their fan base certainly turned out to support them.”

Just over 17,000 unique users visited www.ohiohockeydigest.com during the 48-hour voting window, but almost 73,000 votes were cast.  Each user was limited to one vote.

“Unfortunately, there is really no way for us to know how much influence voter fraud had on the entire competition – not just the later rounds,” said Harrington.  “But it is clear that we need to find a way to guard against similar interference before we do a tournament like this again.  This should not take away from Shaker’s celebration.”

Harrington wanted to make it clear that he was not implicating the Berlin players, coaching staff or administration, but there were large numbers of votes cast in short windows of time that suggested some kind of bots or voter fraud that was benefitting the Bears.  When Harrington shut the voting off at the deadline, hundreds of Berlin votes were surging in by the minute.  They fell four short.  Similar voting irregularities occurred in their win over #2 seed Nordonia in the semifinals.

The competition drove a lot of traffic to www.ohiohockeydigest.com and gave high school hockey fans all over the state something to do during a spring without hockey.

Sylvania Northview was the other semifinalists in the high school bracket.

John Carroll University defeated the University of Dayton in the ACHA competition. 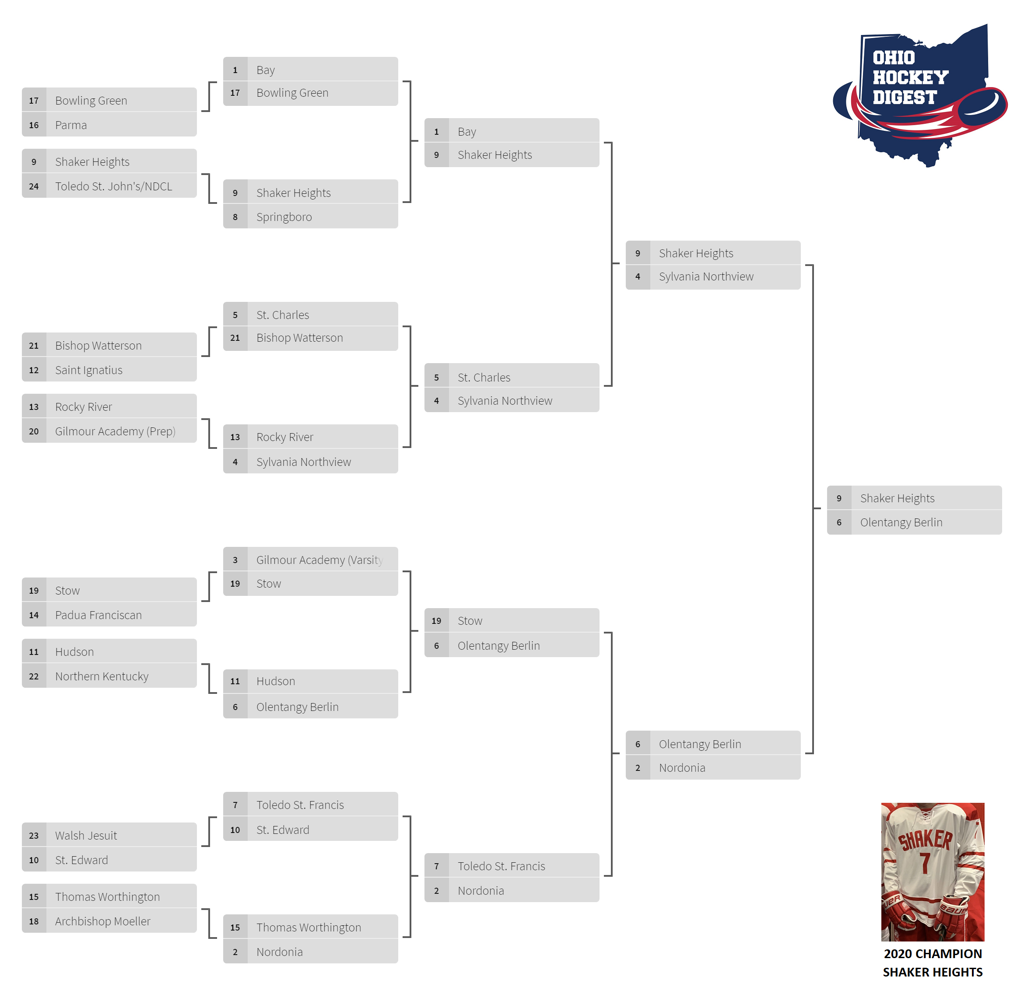